We were a bit wary about posting this comment as we would hate to be thought of as using a bad situation, to generate business. However, after weighing up the pros and cons, we decided the upside is greater than any potential reputational downside.

If this nasty virus does drag on as long as the Government seems to be telling us, it is going to put some families into financial stress. Loss of jobs, laid off, reduced hours, thus becoming difficult to make ends meet. The old saying of running out of money before running out of month, seems more applicable than ever.

Equally, because of the way our society works, getting behind with your finances can have a detrimental long-term impact on your financial status, which is the last place anyone would want to find themselves.

Later Life Lending might be one means of alleviating the situation.

It won’t be right for everyone but at least some families may be able to help one another. Have a look at our Later Life Lending section on this site. It is becoming increasingly common for parents and grandparents, with enough value in their homes, to help their children/families by raising capital against their own properties. Later Life Lending in its various forms is often the means chosen to do so.

Currently this is mostly used to help close family get a foothold on the property ladder, by providing the difficult to save deposit. The logic being they are going to inherit eventually, I don’t need it, so let them have it now. This has become much more common in the last few years because equity release products are much better than they were, ten or even five years ago. More flexible, easier to control, simply improved.

As an older homeowner you could use Later Life Lending to raise the capital with which you can help others through a tough financial period, such as they might be facing now. 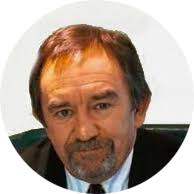